On November 10, 2015, Brigita Zelča-Aispure's art object "The Edge" was unveiled in Viesturdārzs, Riga. 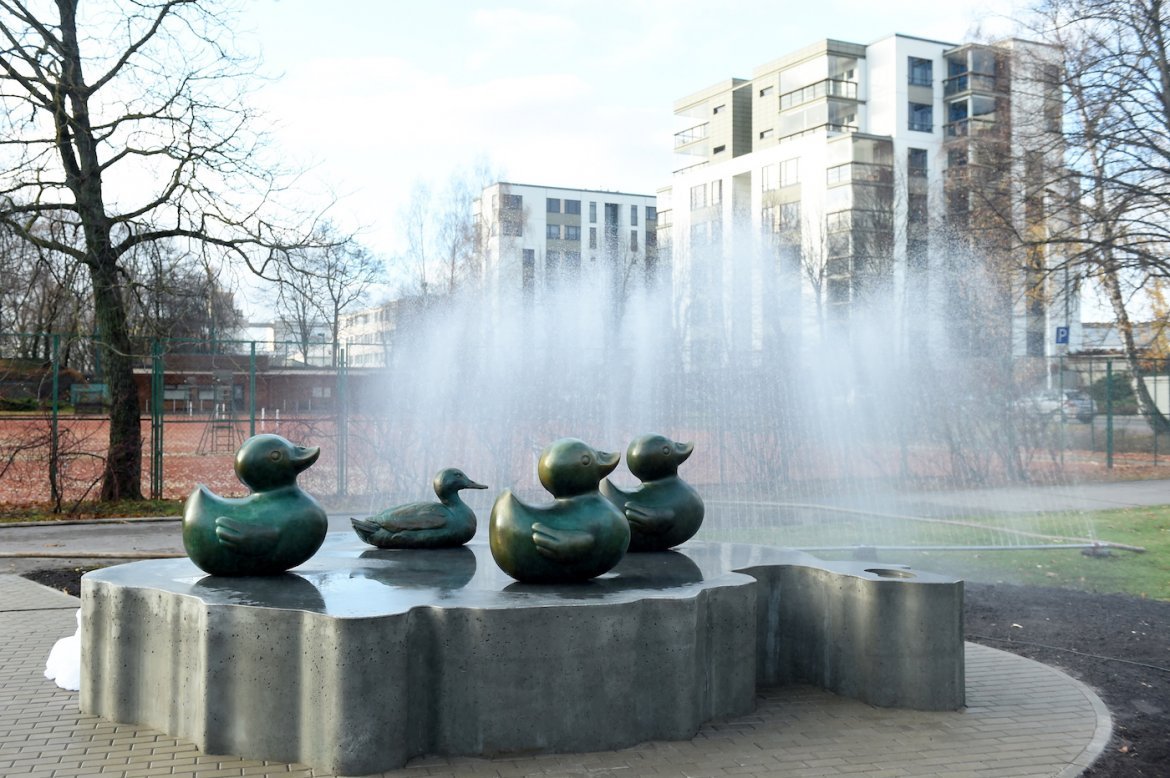 Materials: bronze, stainless steel, concrete. The artist says: “The essence of the work "The Edge” is about the limited perception of phenomena - as the point of view changes, the message changes. In this case, two sides of the same phenomenon are revealed - one realistic, the other minimalist. But there can be more points of view".

Brigita Zelča-Aispure is a conceptually oriented artist who has created large-scale permanent outdoor sculptures in Riga in recent years. Among the works of B.Zelča-Aispure is "Venus of Willendorf in the 21st Century" (2010) at the Latvian Academy of Arts and "Still Life" (2014, together with Sandis Aispurs) in the Botanical Garden of the University of Latvia. The artist works in several media, including the exhibition of sugar "Tīkama kultūra" (2015, together with Aija Baumanis). The artist's poetics intertwines the achievements and failures of nature and culture, the apology of certain phenomena, and the emphasis on their versatility.