As part of the Boris and Ināra Teterev Foundation’s programme “Art in Public Space”, Aigars Bikše’s Girl with a Shoe, a 6.2 metre high sculpture and permanent environmental art object, was unveiled on 17 May 2017 in the University of Latvia’s Botanical Garden. 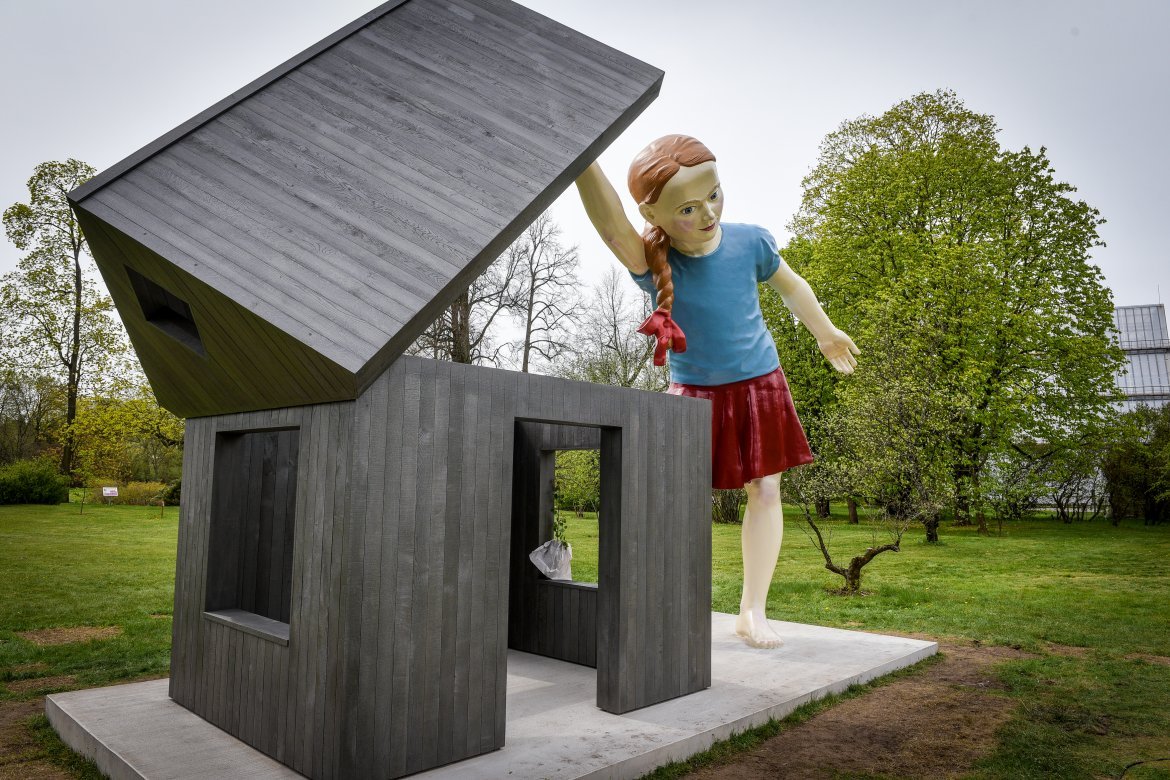 Made from aluminium and wood, the sculpture is an impressive story of a girl who has lost her shoe and lifted the roof off a house in her search to find it. The figure itself is higher than the house, thus symbolising the initial supremacy of femininity when it comes to housekeeping.

Aigars Bikše himself once said: “The girl is looking for a shoe, but you get the impression that she’s looking for you”. It is a work that emphasises the power of women and the strength of mothers and wives in particular.

Aigars Bikše’s art object is the eighth permanent work of art created under the auspices of the “Art in Public Space” programme. Aigars Bikše was one of the winners of the "Riga Smiles Again" competition (2014). He is a graduate of the Riga Secondary School of Applied Arts’ Sculptural Department (1989) and the Art Academy of Latvia’s Sculptural Department (1997). He holds a Master’s Degree in Art (2000), and is a tutor (from 1998), docent (from 2000), and Associated Professor (from 2008) at the Art Academy of Latvia.

He works in sculpture and installation art, creates environmental objects, performances, and has designed sets and costumes for productions at the Daile Theatre, National Theatre, New Riga Theatre, and National Opera, etc. He has taken part in exhibitions since 1990. His works can found in collections including those of the Latvian National Museum of Art, the ABLV Bank’s contemporary art collection, the Echigo-Tsumari Triennial collection in Japan, as well as in the Wyrnvi Sculpture Park in the United Kingdom.