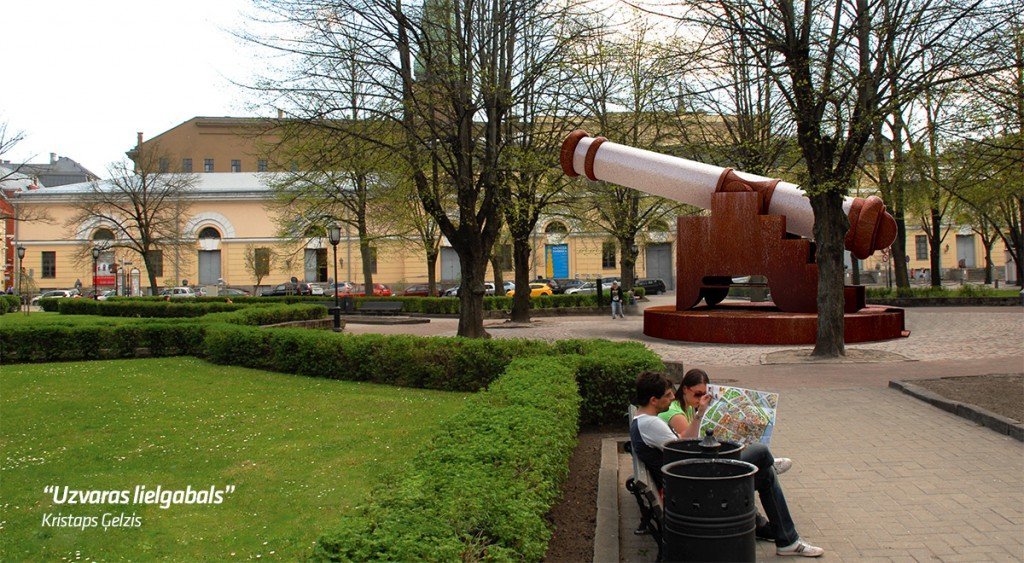 The idea for the monument is to create a transformable object-monument, which, using an element of Alexander the First’s original and historic Victory Column – a seven metre high column made of Finnish red granite – revives the debate about our country’s geopolitical history and its contemporary legacy.

The monument has two positions.

The image of the cannon and the composition of the vertical column. The image of an enormous cannon symbolizes the eternal battle among the superpowers for influence in the Baltic region, while the position of the column attests of Victory’s moments of peaceful co-existence.

Versions of the transformation of the monument:

1. In the vertical – “column” – position, the monument would be manually transformed when the President of the Russian State arrives in the Republic of Latvia for a visit.

2. A mechanism built into the monument’s pedestal, which transforms the barrel-column according to a set regular schedule.

The recommended location for the monument is Jekaba laukums, Riga. 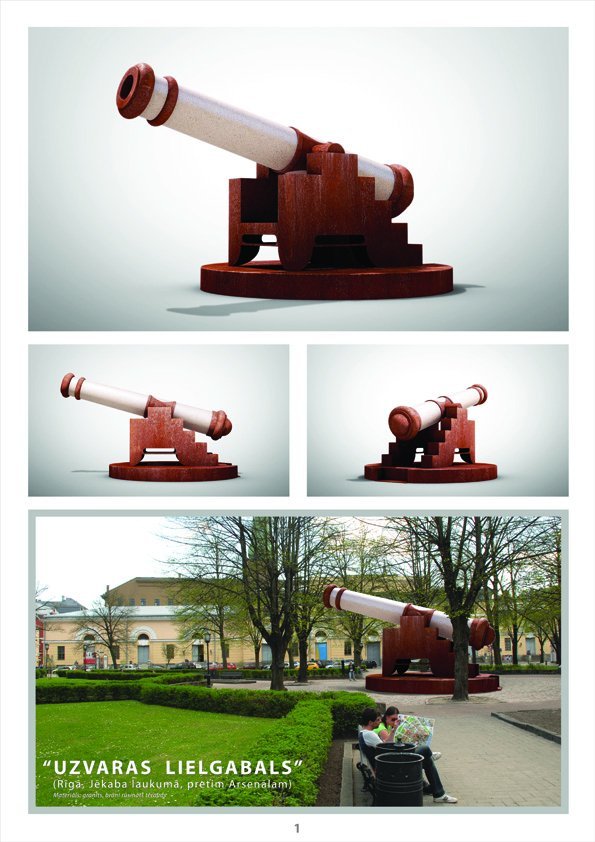 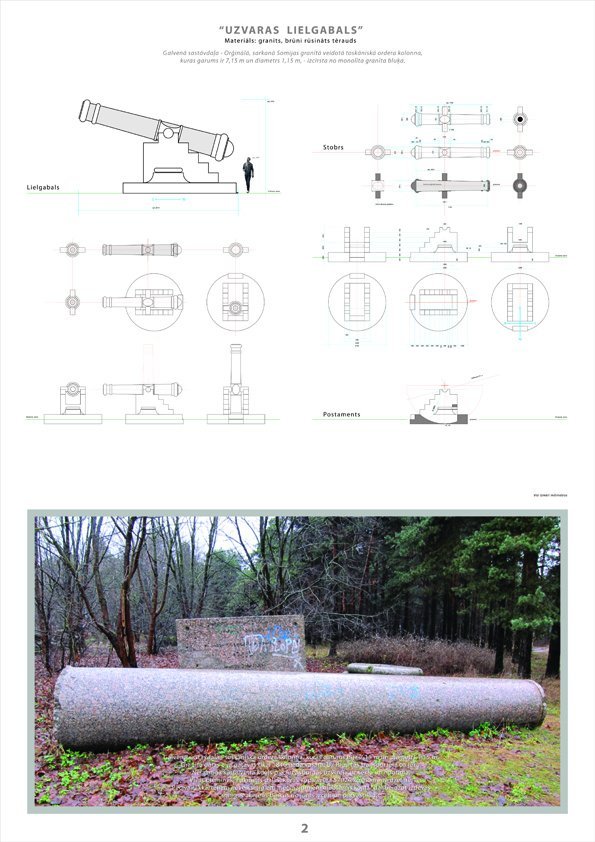 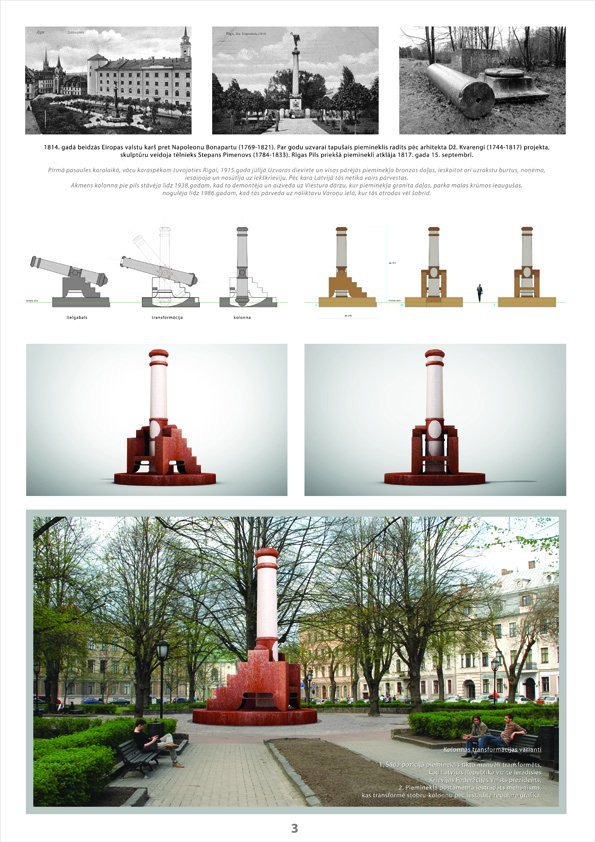