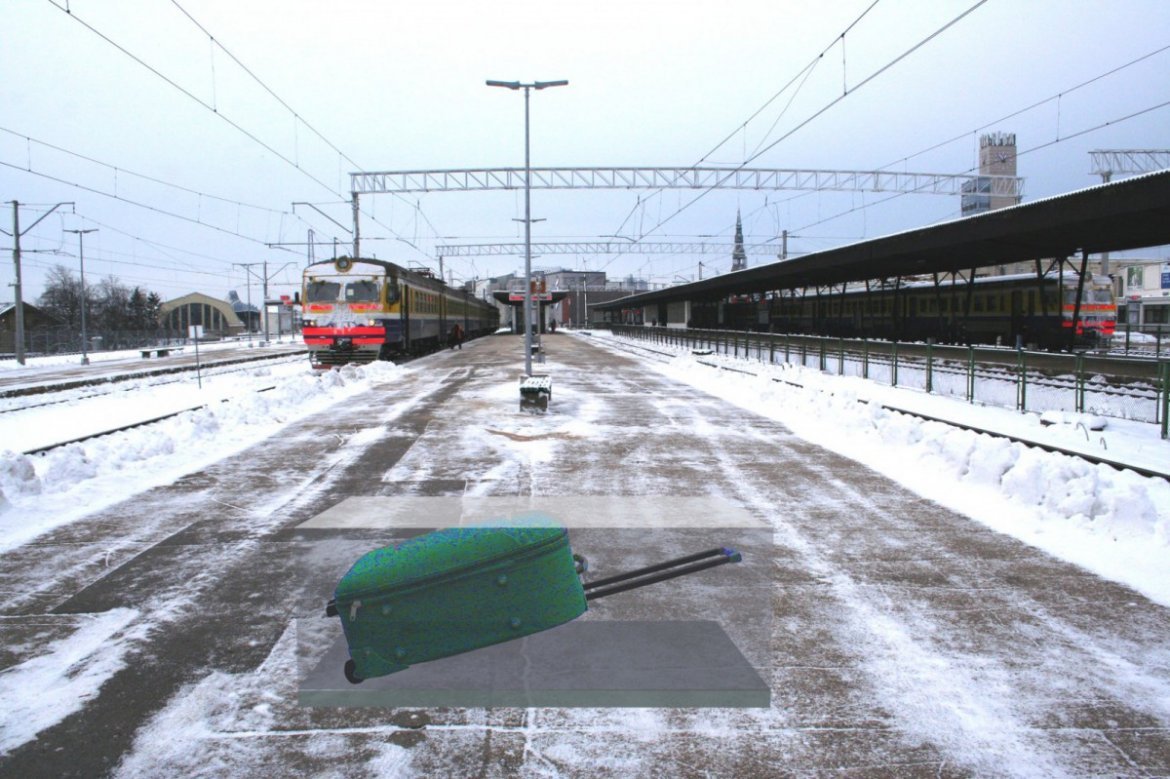 Structurally, the work is based on a commonplace, industrially manufactured travel bag or suitcase whose dynamic position is encapsulated within the parameters of a transparent frame formed from a monolithic mass. Viewing this object from a distance; the first impression is intended to be that of a brightly colored suitcase “on the run”; only when approaching the object, does this perception give way to the realization that the transparent rectangle can be used both as a seat and a place on which to rest one’s luggage. Thus, the art work “In its Place” would induce contemplation, prompting the traveler or transit passenger to seek his true stopping point, as well as putting one in mind of the superstition: before a long journey, one should sit down for a moment, in order to return.

The preferable location for the installation of the site would be either the railway station or bus terminal – the kind of location where travel luggage is taken for granted as well as integral to the situation. The positioning should be preferably be outdoors, because the changing light offered by the transition from day to night, as well as precipitation, would only enhance the enduring effect of frozen movement. In the event of the concept being executed, several such objects at various points around the station would be desirable.

"I have, of course, worked with the proposed Gobetto material in smaller dimensions. After being cast into its form, it hardens and is highly conducive to post-treatment: drilling, sawing or polishing. In turn, the object cast therein permanently retains its chosen place and form".