It’s not easy imagining a bench to delight someone. People tend to sit on just about anything, even newspapers. Restlessly, I pace around my studio at Andrejsala, here and there, waiting for an idea to arrive. It’s late. It’s not coming. The radio’s playing Imants Ziedonis’ quotes and poems. I sit down, stared at the Daugava and listen:

“And all life is green juice which dissolves alongside the sides of ships! And propellers smell of peppermint.”

And when I look westward, someone puts their hand on my shoulder: “In this life, we have enough of everything; all we lack is time.”

And is this not about Andrejsala? We have all we need here except somewhere to sit down and watch the sunset. So here we are, sitting on propellers covered with newspapers.

I’d already planned, during my work breaks, to go to the Daugava embankment with my seat. Small-sized. Thumb-sized. But now I can think about something bigger… 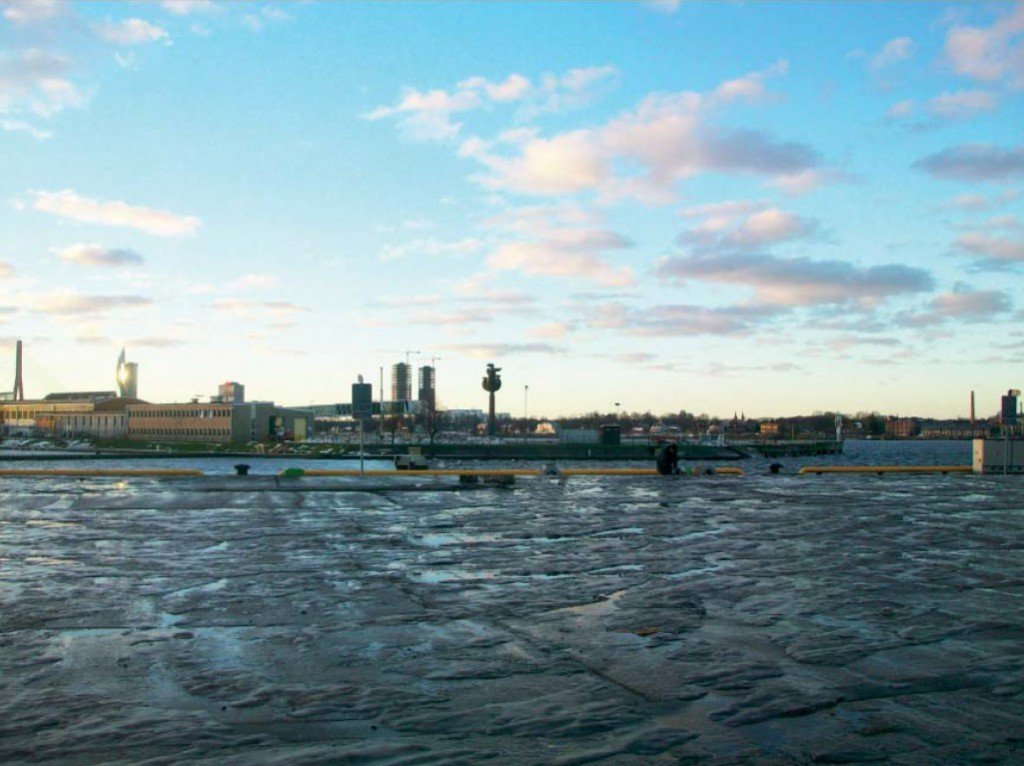 Bench “Time” is a kinetic object / bench in an urban environment. Like the small hand of a clock, it goes around the axis and points to the hours of the day.

The rotation around the axis is assisted by surrounding rails and a mechanism built into the centre of the object.

There is a big ear on the pointer and enough space for the observer to sit down. The object has a radius of six meters. A place on which to sit 50 cm above ground.

Total height of object: 2 meters. Made from transparent shiny material.

The bench – pointer corresponds to the direction of sunrise and sunset. 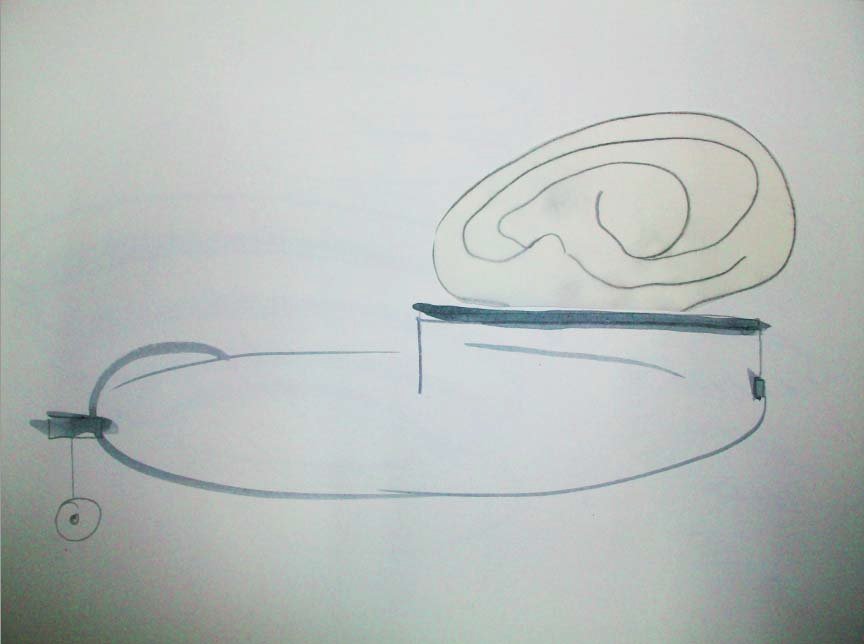 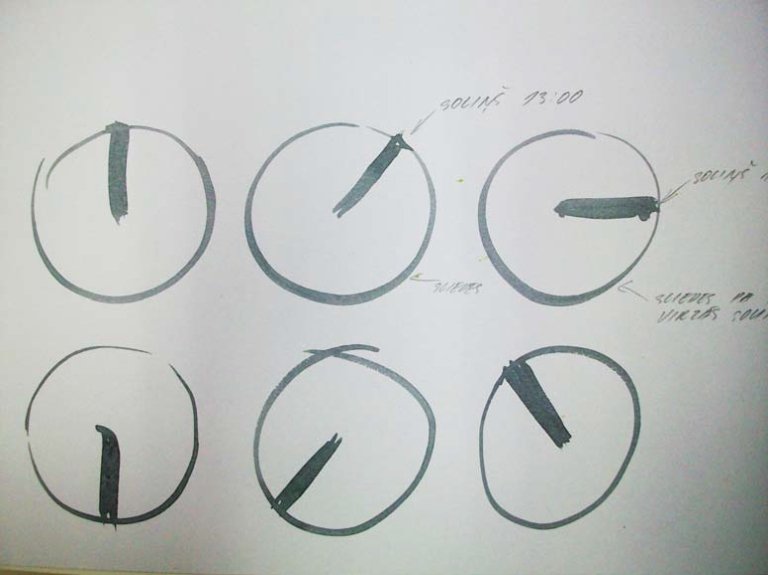