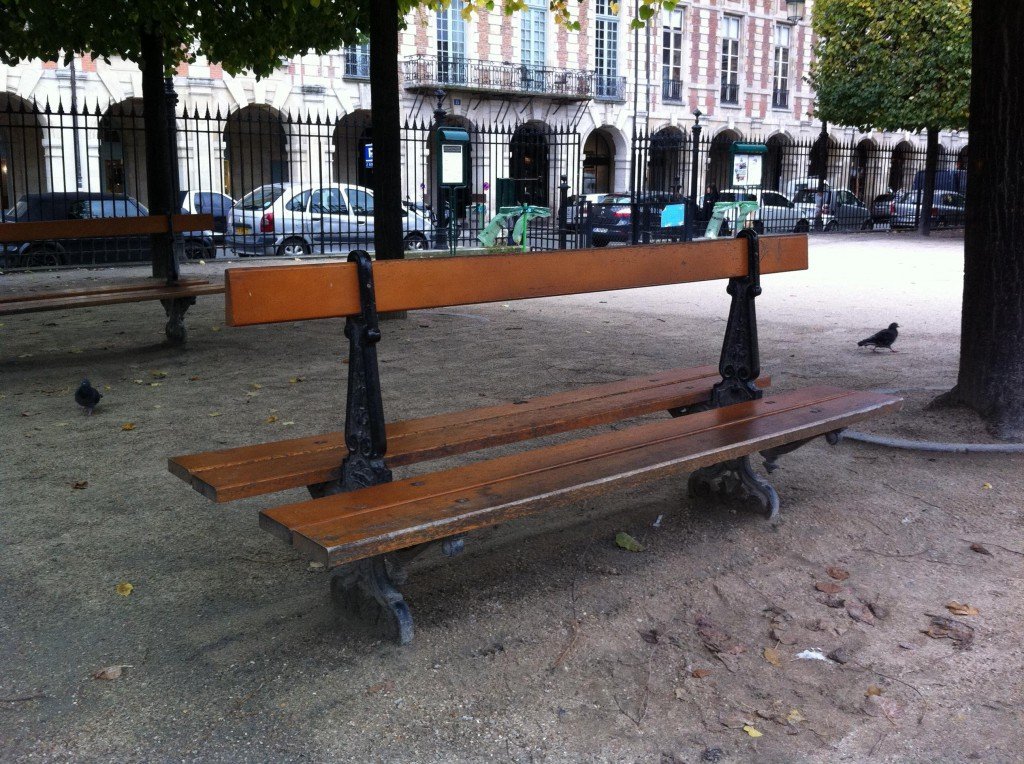 In Riga’s urban environment (in a park or on a pavement), I propose installing a historical Parisian bench (the kind that can still be found in Paris today) with a structure cast in iron with a wooden base for sitting and resting one’s back. Benches of this type can be found here in Paris on the broad boulevard pavements, as well as in the city’s gardens and squares. They are characterized by a special French aesthetic charm and, at the same time, functionalism.

The basis for the idea of my project is comprised of several layers of readings or interpretations: 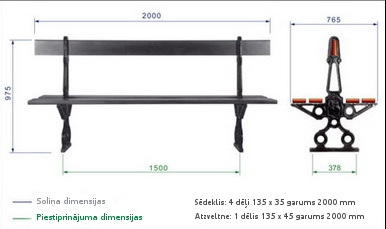 This creative gesture or event in which a historical Parisian bench is relocated and installed in Riga should be considered in the context of the current globalization situation in which narrow and national limits (economic, commercial, as well as cultural) have been demolished. As a testimony to this process, the “Parisian Bench” in Riga would also offer a reminder of the inexorable process of globalization that is currently under way in the context of aesthetics, the architectonic cultural environment and thinking. Right from my earliest childhood, I heard that Riga is the little Paris, which essentially signifies Riga’s ambitions and desire to achieve something truly great and beautiful on a European level. At the same time, this expression communicates nothing about Riga’s set of historically eclectic epochs and influences, which have nevertheless rendered Riga an authentic and beautiful city. Accordingly, the “Parisian Bench” in Riga would a testimony to this eclectic and invariably European cultural tradition.

In my opinion, a work of art must be capable of evoking or opening up great and deep emotions and stimulating the process of thought. The “Parisian Bench” in Riga is like an object which can stimulate longing for Paris, memories of one’s experiences or time there, or the desire to visit it one day. At the same time, this bench would also be akin to a testimony to the entire time and absolute seclusion when the presence of Paris and thoughts of this ilk were denied. Accordingly, the “Parisian Bench” is like an ode to openness and freedom of thought.

Concurrently, the “Parisian Bench” is akin to a French historical and current culture initiative and gesture in Riga. This bench could be a place where people gather to read French poetry or philosophers, or a place to meet and talk or think in French.

A significant facet of this project is its purely personal nature. On the boulevard where I live and in the park where I walk with my children, there are a host of such benches. Day to day, I observe their use in the lives of the city’s residents. The bench has an interesting structure with a central place on which to rest one’s back, and two diametrically opposed places to sit down on. Therefore, one has the opportunity courtesy of one bench to sit down and enjoy an unhindered view east or west, or south or north; each individual harboring his own thoughts or initiating a conversation. This creates an interesting opportunity for conversation and co-existence in the active environment of the city, while at the same time, historically, it has proven to be an aesthetically successful and functional object. In Riga, it could be located in the vicinity of Bastejkalns, opposite the French Embassy, on Kipsala with a view towards Riga, or in Kronvalda Park, bearing in mind that each place offers a different context and highlights one of the aforementioned facets of meaning.

In the current context of globalization, the “Parisian Bench” in Riga is an invitation to think; to think about Paris, about history, about cultural heritage, to think of Riga not as little Paris, but as Riga, big Riga, and to understand that Paris is in each of us. 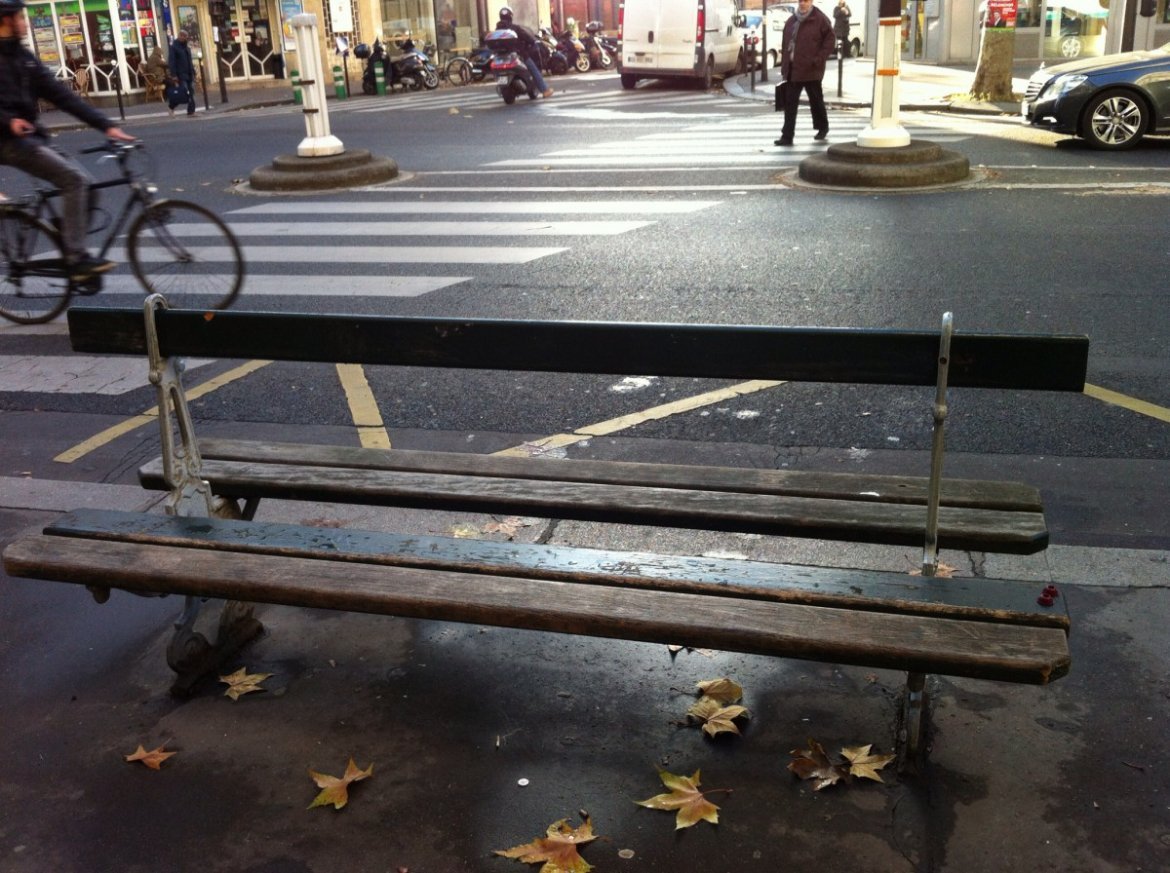 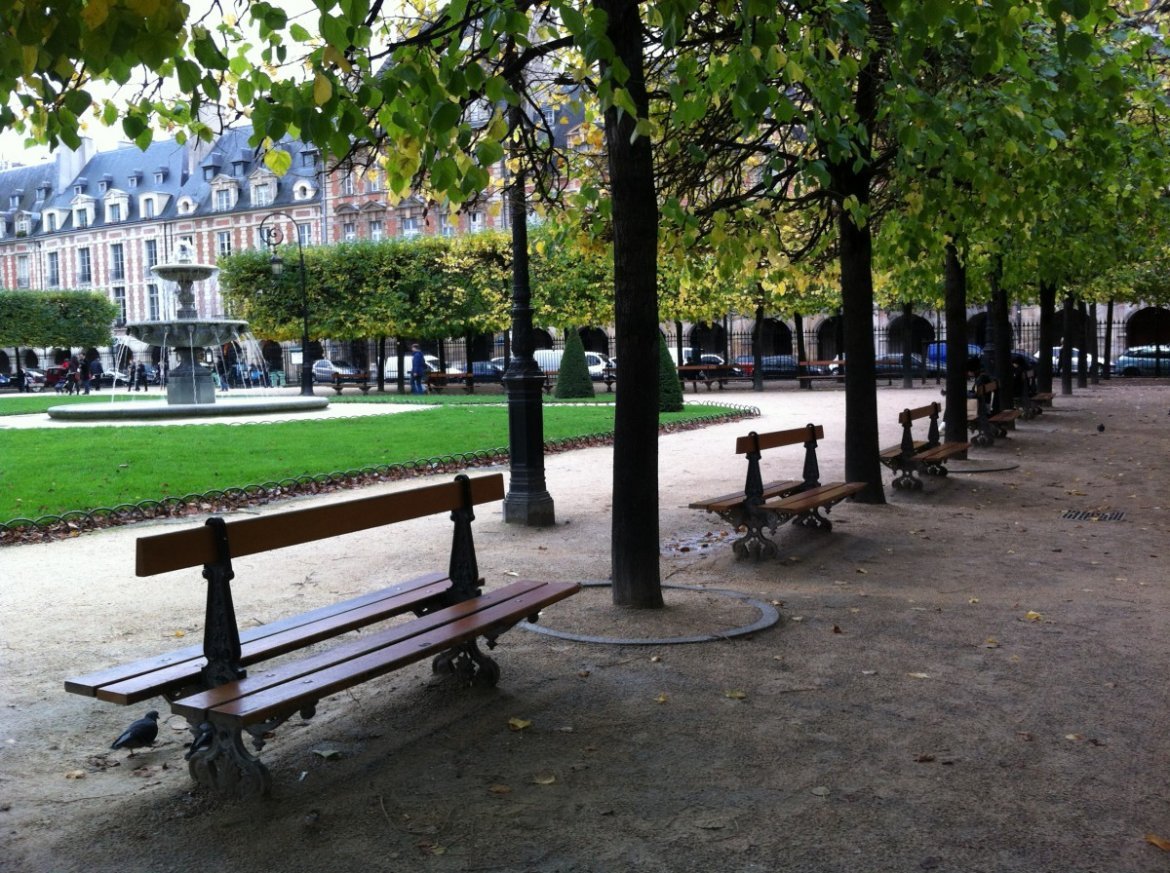