The "Greetings Head!" project was organized in two parts.

It was be launched on 8 March 2014 with a grand exhibition at the Latvian Railway Museum "Greetings Head!". It included 19 newly created works and two historical art works by 17 artists. This was the only only exhibition showcasing large-format contemporary Latvian art works and encompassing all artistic media, under the auspices of Riga’s status as the European Capital of Culture.

On May 15 2014, in its turn, the competition exhibition "Greetings Head!" encompassing figurative artworks was opened at the Art Academy of Latvia. It presented works by the majority of the artists participating in the first part of the project in the form of their proposals for Riga’s urban environment. 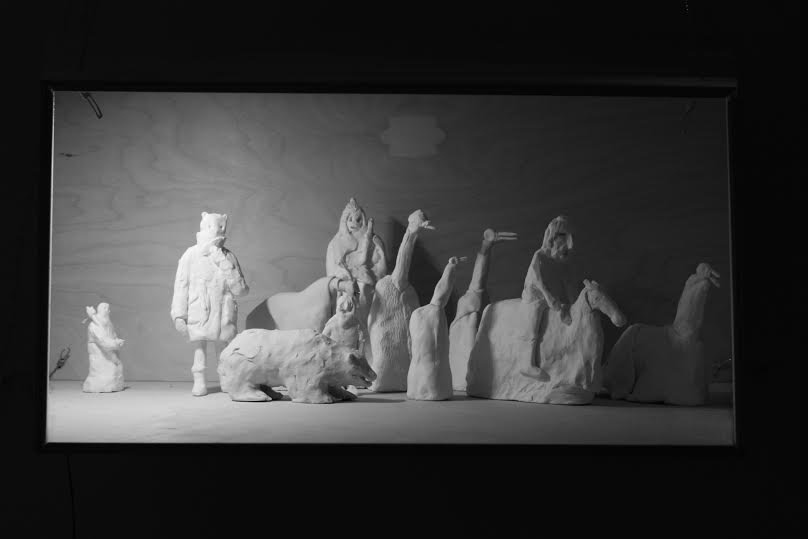 Liene Mackus. Everything is in Order, Order, Order. 2013. Porcelain. Work from the forthcoming competition exhibition.

The subject matter of both exhibitions in the "Greetings Head!" project was the foundation’s public art programme’s motto “The Joy of Thinking”, manifested through the creation of new works of contemporary art.

In this context,  "Greetings Head!" was a metaphor for the thought processes which a person does or does not experience.