The solo exhibition of Aleksejs Naumovs "Never-ending Landscape" was organised at the main building of the Latvian National Museum of Art in Riga from 24 February to 8 April 2018. Organised with the support of the Boris and Ināra Teterev Foundation, the exhibition became the most comprehensive retrospective of the works of Aleksejs Naumovs to date.

Carved throughout forty years of creative activity, the persuasive handwriting of Aleksejs Naumovs is well known to everyone interested in art. Because of the landscapes of diverse Latvia and almost whole world created during the last two decades, the artist is often called the greatest Latvian plain air painter of the present. 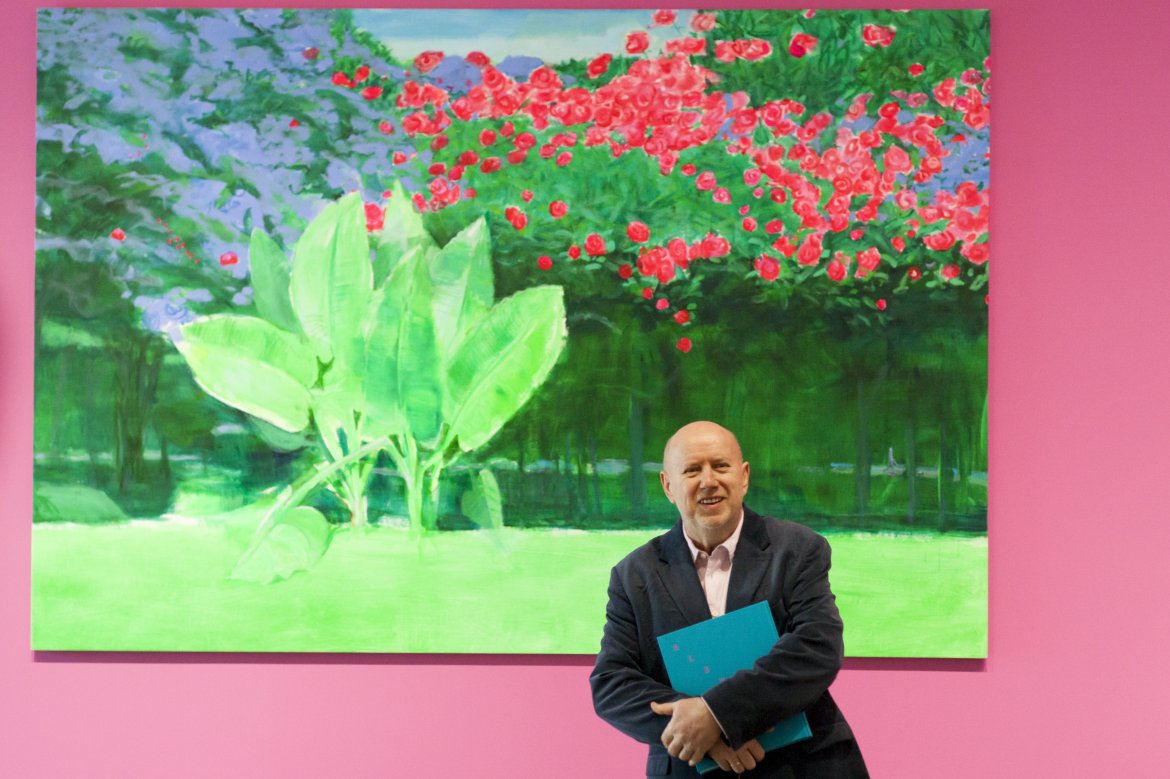 Landscape in Aleksejs Naumovs’ art can’t be perceived as passive artistic reflection that depicts outer world anymore. It has obtained the value of an active and responsible tool that allows the author and spectator to cooperate in constructing contemporary aesthetic environment. The artist seeks to portray the moment confined not only in the architecture as a captured music, but also in the rhythms of trees, interplay of contrasts or in the sound of children voices laughing in the park.

Museum visitors could see both the artist’s earliest compositions, as well as works from private collections. Canvases on display cover the various stages and major activities of Aleksejs Naumovs’ work, allowing to trace the qualities that most art lovers are already aware of. At the same time, exhibition also included groups of works that might be new to some viewers while presenting the master’s virtuosity in other media, such as ceramics, illustrations, or prints.

During the exhibition, painting and illustration workshops for children and adults took place in the museum under the leadership of Aleksejs Naumovs, as well as two special guided tours were offered to visitors by the artist himself and project curator Antra Priede-Krievkalne. To expand the context of the highlighted subject, art historian and curator Helēna Demakova holded a lecture on the features of contemporary Latvian and Western landscapes.

Professor, Rector of the Art Academy of Latvia (2007–2017). An active Latvian cultural worker, a member of many jury commissions, guest professor at several European art universities. Aleksejs Naumovs is a Member of the European Academy of Sciences and Arts since 2010. He was the initiator and manager of exchange programmes, as well as the exhibition curator in various collaborative art projects in Italy, France, Japan, Germany, Austria, the Netherlands, Spain, Greece, Russia, USA, and elsewhere.