From 4 May to 16 June 2013, the Art Museum Riga Bourse hosted “4 Moving Poems”, a personal exhibition by the notable Polish contemporary writer, director and poet, Lech Majewski.

Lech Majewski’s audio-visual project “4 Moving Poems” at the Art Museum Riga Bourse included four of biggest video work cycles: “DiVinities”, “Blood of a Poet”, “Bruegel Suite” and “The Roe’s Room”. The cycle “DiVinities” was produced during the period from 2001 to 2005 and was shown for the first time at the Museum of Modern Art in New York. “Blood of a Poet” is a work from 2005–2006, exhibited at MoMA and at the 52nd Venice Biennale. “Bruegel Suite” was produced from 2007 to 2010 and was first exhibited at the Louvre Museum in Paris and at the 54th Venice Biennale. 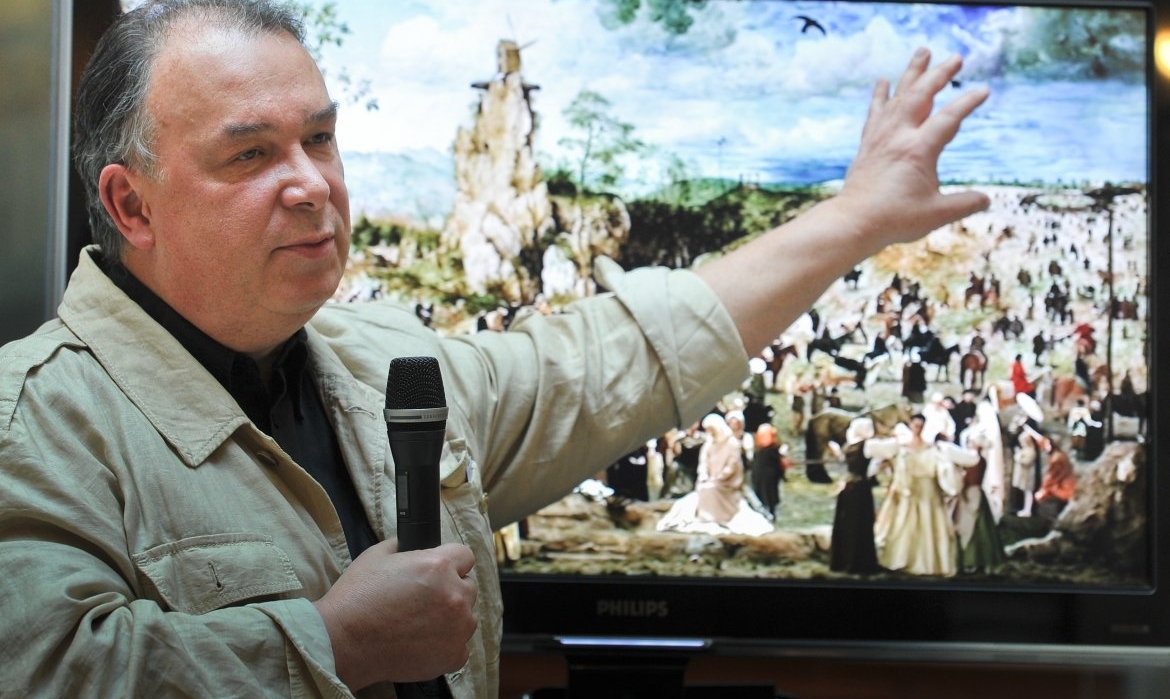 Emotionally and in terms of its contents, this cycle is derived from Lech Majewski’s film “The Mill & the Cross”, which was inspired by Pieter Bruegel’s painting “The Procession to Calvary”. The script is based on art historian Michael Francis Gibson’s essay of the same title. The film is comprised of a body of technically complex and emotionally potent elements, using the latest CG technologies and 3D effects, and boasting outstanding performances by Rutger Hauer as Bruegel, Charlotte Rampling and Michael York. The film has been shown to great acclaim at many film festivals around the world.

Each image included in the exhibition is comparable to a visualized moving poem, which can be view both individually and in context with others. Importantly, in formal terms, this solution liberates perception and makes it possible to interpret the meaning contained in the works in accordance with the creative capacity of the viewer, ever seeking new narrative twists and travelling through the labyrinth of scenes depicted in the cycle. It is akin to painting  with a video camera, where the artistic language and the theme of works mutually resonate, whereas the associations inspired by the works are multi-layered and individual.

In accordance with the exhibition policy supported by the Boris and Ināra Teterev Foundation, this project continued the strategy instigated in 2012 with the installation of globally renowned Russian artist Dmitri Gutov’s object “Gondola” of inviting the world’s very best artists to exhibit their works in Riga.