On 7 May 2013, Latvijas Radio and the philanthropists Boris and Ināra Teterev signed a memorandum of intent regarding their collaboration in order to make the art of theatre throughout Latvia, to encourage the adaptation of existing and creation of new literary works suitable for the format of radio, and to develop a unique medium for presenting theatrical art: Latvian Radio Theatre. 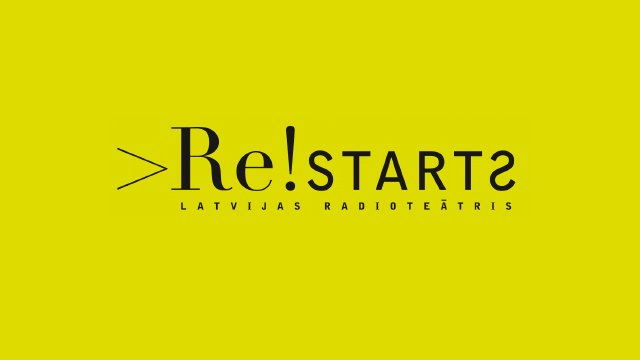 Under the auspices of the collaboration project “Re!Starts”, conceptual new productions - radio series and radio plays are produced.

To honor outstanding personalities of the Latvian theatre and radio, Boris and Ināra Teterev Foundation, under the auspices of this project, supports the cycle of radio programmes "The Legends of the Radio Theatre". Together with the academician Viktors Hausmanis radio tells about known and sometimes slightly forgotten stars of the Radio and Theatre.

At the same time, listeners to Latvian Radio have been treated to a new series of programmes "The Unsolved Riddles of Latvian Theatre". In a series of 12 episodes, this is an opportunity to learn new pages in the origins of Latvian professional theatre art, and to understand the circumstances that placed theatre art in the avant-garde of Latvian culture. Produced with the support of the Boris and Ināra Teterev Foundation, this series is dedicated to the centenary of the Latvian State. Parallel to this, Latvian theatre is celebrating its 150th anniversary, and this series focuses on the first 50 years (1868 -1918) of the theatre’s history. We invite you to listen to recordings from the series of programmes on the Radio Theatre site (in Latvian).

In order to introduce young people to radio theatre and to involve them in the development of the genre of radio theatre, youth-oriented broadcast play competitions are held and the best plays are adapted and broadcast on Latvian Radio Theatre. In 2014, 28 broadcast plays and in 2015, 32 broadcast plays were submitted for the competition. 1st place was awarded to the following plays which were subsequently produced: Aiva Birbele’s radio saga for teenagers “Būda mežā” (“Hut in the Forest”) (in four parts) and Arta Dzīle’s broadcast play “Mūsu virtuve” (“Our Kitchen”) (in Latvian; in Russian) - the winner of the competition “Latvia. More Important than Ever Before”.