Latvia’s annual theatre awards “Spēlmaņu nakts” (“Players’ Night”) is a national event, which appraises the theatre season as a whole in state, municipal and independently-run theatres. The work of the experts and jury commission takes place throughout the season, appraising 100 - 130 new productions. During its 20 year history, “Spēlmaņu nakts” has  acquired public prestige, as well as recognition as a cultural project of national importance. 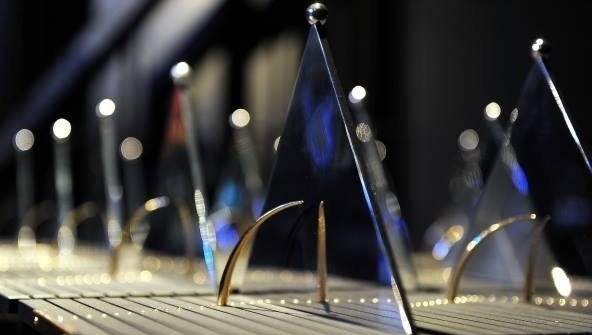 The “Spēlmaņu nakts” awards are presented annually on 23 November, i.e. on the anniversary of the birth of the great actor and director Eduards Smiļģis (since 1993). Along with monetary prizes, award winners also receive the symbol of “Spēlmaņu nakts”, i.e. the stage nail. The award depicts stage floorboards through which a stage nail shoots up vertically like a sprout. And in the background is a triangular mirror, symbolising the triangle as a symbol of God. The award was designed by metal artist Juris Gagainis. It reflects the ancient belief that if an actor finds a nail on stage, this signifies a new role – a new beginning, a new opportunity to prove oneself. A nail found on stage will bring good fortune to anybody finding it.