The annual Boris and Ināra Teterev Foundation’s arts programme TÊTE-À-TÊTE has been devised to nurture public appreciation of quality culture and art. In the programme, the emphasis has been placed on events, which it would be complicated or even impossible to execute in Latvia without the support of the Foundation, while live broadcasts of individual events make them accessible to as many people as possible. 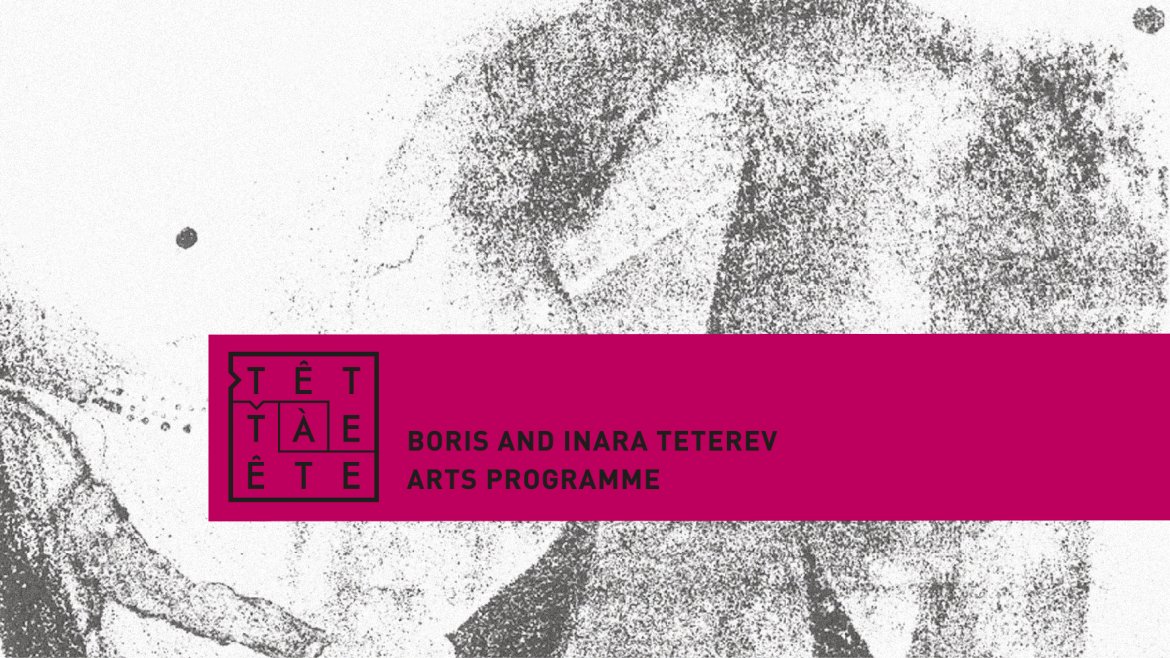 Under the auspices of the first arts programme “TÊTE-À-TÊTE IN 20 EPISODES” in 2013, arts projects and open lectures, which reached a public audience of over 75,000 people, took place in Riga’s exhibition and concert halls, theatres, as well as at the Latvian National Opera and Rundāle Palace, some of which were also broadcast live on radio and television.

In 2014, the TÊTE-À-TÊTE programme included a number of film premieres, contemporary art exhibitions and concert premieres. Among the other highlights of the festival were an event to celebrate the completion of the restoration of Rundāle Palace, a special audio performance marking the return of artist Dimitri Gutov to his work "Gondola", which is the symbol of the Art Museum Riga Bourse, and the festival concluded with a concert given by the legendary London Symphony Orchestra at the Latvian National Opera House. The festival’s events were augmented by public conversations between globally renowned artists and experts. In total, TÊTE-À-TÊTE reached a total audience of over 250,000 people, who either attended events in person or enjoyed live broadcasts of conversations on the Internet, or television or radio transmissions of festival events.

A concerted desire to expand the audience for quality art is an important characteristic of the programme. Therefore, in 2015 the arts programme TÊTE-À-TÊTE lasted for almost from 11 September to 30 October in Riga and Jurmala. The programme included several theatre premieres, exhibitions of contemporary art from Latvia and Northern Europe, international conferences and lectures, as well as the only concerts given by Grammy award winners and the London Sinfonietta in Latvia.