The Art Museum Riga Bourse is a 19th century building whose prototype can be found in the Renaissance-style palaces of Venice. Although, Dmitry Gutov has used a real Venetian gondola in preparing his work of art “Gondola”, the message of this flying object is much broader.

This work of art continues the main thematic line of Dmitry Gutov’s creative output – in the artist’s spatial works, one can often discern cosmic, flying and linear elements. As a teenager, Gutov read the script for Michelangelo Antonioni’s film „Zabriskie Point” in “Inostrannaja ļiteratura” magazine, which intellectually influenced Gutov for decades to come. However,  Gutov only saw this film 15 years later. The film is an archetypical example of the phenomenon of 1960s Western counterculture. In one of „Zabriskie Point’s” closing scenes, the film’s heroine imagines her house blowing up and the spread of the debris being augmented by the fragment of colourful consumer items. Echoes of this film can also be perceived in Gutov’s work of art exhibited at the Riga Bourse.

The 11 metre long “Gondola” is the frozen explosion of a real Venetian gondola – a spatial, but at the same time clear linear message, as is the case with all of the artist’s works. It is the artist’s space – an orderly cultural world created from the chaos of an explosion. There is nothing superfluous here; its form is clear, because of the clarity that exists in the artist’s mind. 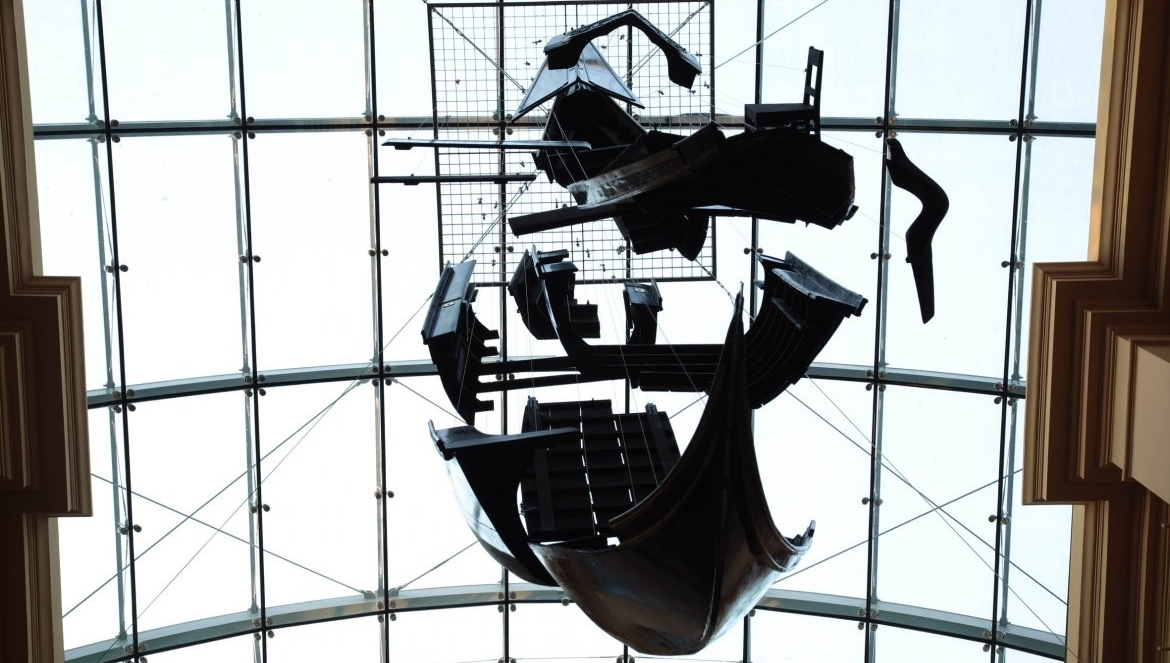 The notable Russian artist Anatoly Osmolovsky has written that Dmitry Gutov’s art applies to the whole of 20th century art history. “Gondola” truly depicts the confluence of tradition and the avant-garde during the course of the creation of modern and contemporary art. Kazimir Malevich’s suprematist and Vladimir Tatlin’s “flying” forms are interwoven with the harmony and concurrently dramatic dynamics to be found in the depths of art history.