The Boris and Ināra Teterev Foundation has provided support to establishing of the Permanent Memorial to Honour the Victims of Slavery and the Transatlantic Slave Trade at the United Nations. 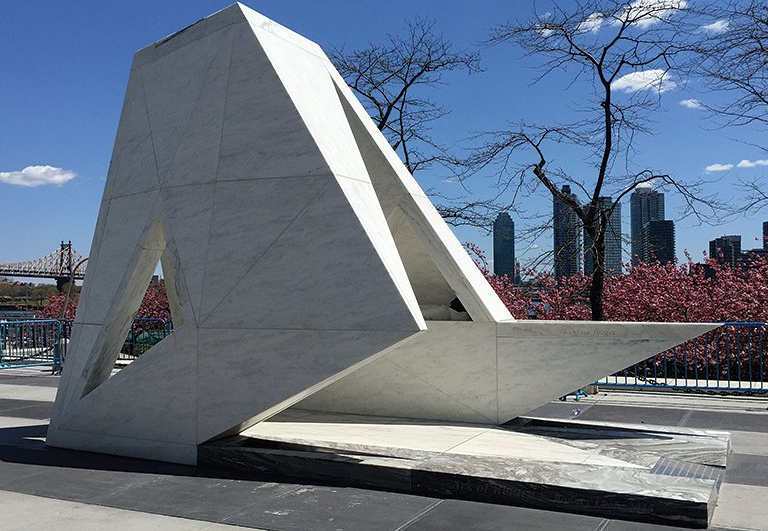 For over 400 years, more than 15 million men, women and children were the victims of the tragic transatlantic slave trade, one of the darkest chapters in human history.

Every year on 25 March, the International Day of Remembrance for the Victims of Slavery and the Transatlantic Slave Trade offers the opportunity to honour and remember those who suffered and died at the hands of the brutal slavery system.

In order to more permanently honour the victims, the Permanent Memorial has been erected at United Nations Headquarters in New York. The unveiling took place on 25 March 2015. The memorial invites people everywhere to contemplate the legacy of the slave trade and to fight against racism and prejudice today.

In 2011, together with UNESCO the Permanent Memorial Committee launched a design competition. "The Ark of Return" by Haitian-American architect Rodney Leon was chosen among 310 entries from 83 countries.

Visitors can pass through "The Ark of Return" to intimately experience three primary elements. The first element, Acknowledge the Tragedy, is a three-dimensional map that depicts the global scale of the triangular slave trade.

The second element, Consider the Legacy, is a full scale human figure lying in front of a wall inscribed with images of the interior of a slave ship. This element illustrates the extreme conditions under which millions of African people were transported during the Middle Passage.

The third element, Lest We Forget, is a triangular reflecting pool where visitors can honour the memory of the millions of souls who were lost.