In the service at Riga St. Jacob's Cathedral, for philanthropist Boris Teterev, many people remembered his public and charitable deeds in Latvia and abroad. In thoughts and words remembered the person whose life, work, ideas, and passion have changed the world, Latvia, society and the worldview of his peers. 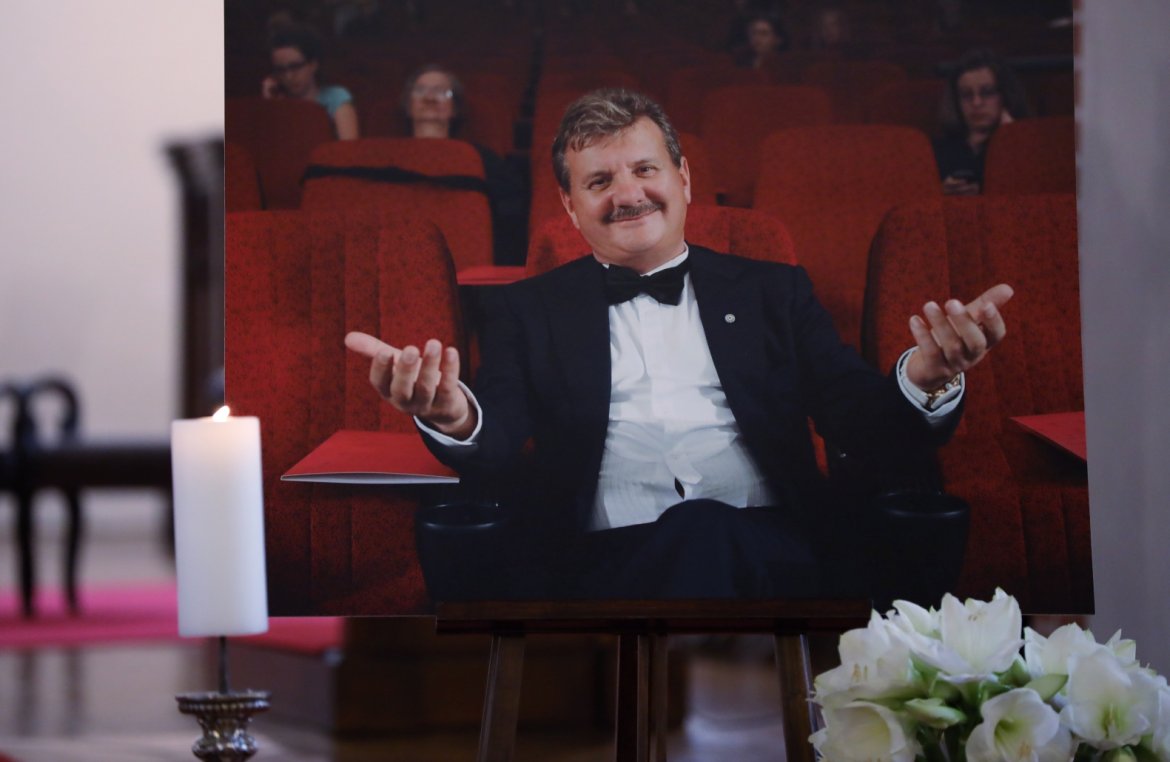 “I'm trying to improve this world, including health care, education, and of course, art.  Why? I just want to. It is satisfying, as the Russians say, творить добро (to do good). It is also essential that my wife, Inara, and I are on the same wavelength,” Boris Teterev once said in an interview. Doing good has been the credo of his life, the motivation behind every action and his true conviction.

Over the years, charity work has gathered many special achievements. From the restoration of the Rundale Palace and the organization of outstanding art exhibitions in Latvia to support for dozens of charity kitchens. From support for children's schooling in Nepal, for farmers in Guatemala and Guinea-Bissau to scholarships for outstanding, talented young people in medicine, art and music in Latvia. From animal shelters in Latvia to rescuing gorillas in Africa and elephants in Thailand.

The Foundation has carried out work in five areas - education and science, culture and arts, social assistance, community development, and animal welfare, thus supporting hundreds of organizations and helping thousands of people both in Latvia and abroad on almost every continent.

A public memorial service for philanthropist Boris Teterev was led by His Excellency Metropolitan Archbishop of Riga Zbignev Stankevics on October 2, 2019, at Riga’s St. Jacob's Cathedral. Everyone had an opportunity to light candles in the cathedral and to join in thoughts, thus honoring the memory of Boris Teterev.

In 2010, he established his private family foundation together with his wife Inara Tetereva.

Boris Teterev received the Cabinet of Ministers' Certificate of Recognition for his significant contribution to the preservation of Latvia's cultural and historical heritage and the Order of the Three Stars. Boris Teterev was an Honorary Doctor of the Riga Stradins University (Doctor honoris causa), Honorary Member of the University of Latvia and the Art Academy of Latvia, Honorary Member of the Latvian Academy of Sciences.

In 2015, Boris Teterev joined the President's Circle of the world's largest alliance of leaders, the Club de Madrid. The alliance is headed by Dr. Vaira Vike-Freiberga, President of the Republic of Latvia from 1999 to 2007.