The Boris and Ināra Teterev Foundation’s Badge of Honour was presented to Professor Aleksejs Naumovs on 3 October 2017. 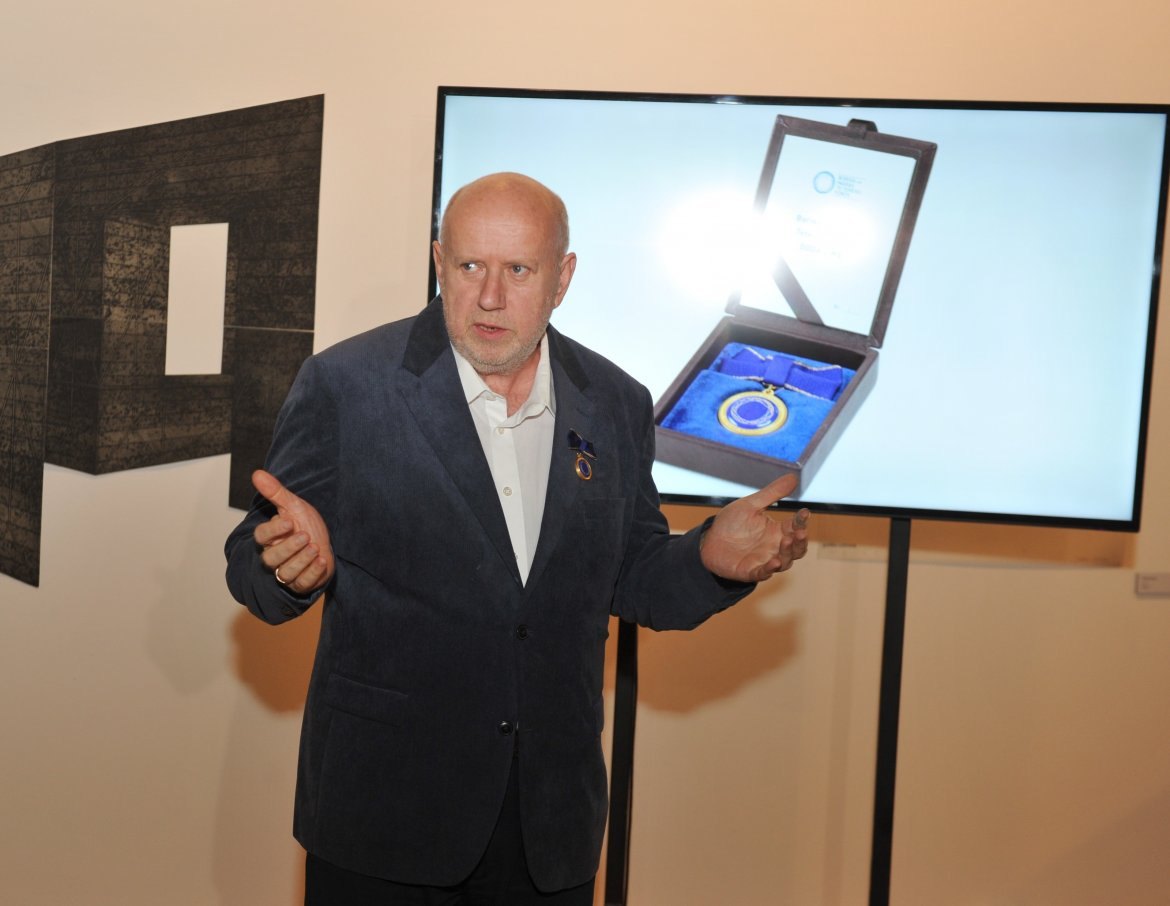 Photo: Aivars LiepiņšArtist and Art Academy of Latvia (AAL) Professor was elected AAL Rector in 2007 and ran the academy successfully for a decade. During Aleksejs Naumovs’ tenure as rector, the international profile of the AAL grew rapidly - the academy has signed numerous agreements with partner academies, as well as joining major international organisations. With great success, the academy has entered European Union programmes, improving the mobility of students and the teaching process, and upgrading the academy’s infrastructure.

Born in 1955, he has built a successful career, following the tradition educational course taken by Latvian painters. He studied at Janis Rozentāls Riga Art School, then at the AAL Department of Monumental Painting under the tutelage of Professor Indulis Zariņš, as well as at the Sorbonne Art Plastiques and at the L’École National des Beaux Arts de Paris. Professor Naumovs is a member of many societies and juries. Aleksejs Naumovs has been awarded the Cross of Recognition and France’s highest honour: Ordre des Arts et des Lettres.